Why a windfall tax 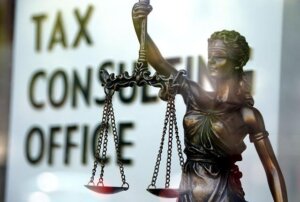 If happenstances such as an economic shock inflicted by the pandemic, disproportionately benefit companies like Shell & BP with over £16b in profits, then the argument is a one-off windfall tax on profits may imply that they are sharing the spill over economic effects of the shock without deterring investments.

This isn’t a new phenomenon, the USA imposed a windfall like tax system on oil giants between 1980-1988 to control the price of oil and its inflationary pressures. Coupled with generating billions in revenue, this positively impacted the ordinary man as energy prices were controlled. Undoubtedly, it had its failings in the USA, as the system was not a one off tax as was imposed by the Tony Blair administration in the mid 1990s but a continuous fiscal agenda. These failings has bolstered congress’ non agreement with the Democrat’s proposed bill that would see a levy of about 50% windfall tax on profits of oil giants between 2015-2019 – not pandemic years.

In the UK, Keir has been leading the charge for the imposition of a windfall tax on the profits of oil giants. Many argue that this fiscal measure is counter productive to growth; oil giants already pay a larger rate of corporation tax, around 40%, than other companies (19%). However, the data suggests that a one off windfall tax, though it would account for approximately 50% of profits, would yield over £1.2bn in revenue. This would undoubtedly result in them resorting to diverting their investment to ventures like TutorHost, instead of continuing to realize billions in profits, bonuses for top executives and dividends, as admitted by Bernard, BP’s CEO.

The fact is, the common man’s energy bill has risen by over 50%, with inflation over 7% the highest it has been in over 30 years, costs of living has been increasing at an alarming rate luring to crisis levels. Allowing these oil giants to benefit unreasonably during this worldwide shock would be socially unfair, as the non-contestability of the industry already acts as a barrier to competition; these firms have no incentive to act in the interest of consumers by setting affordable prices at any stage of the supply chain. As Bernard admits, the energy market is a “cash machine” for BP. This resumes the discussion on whether the government is failing to strike a balance in regulating the cartel like behaviors and powers of these firms, at the expense of rising costs of living.

The aim of the windfall tax is not to punish these firms, but to create some form of equity. In reality, they have done nothing dynamically efficient to benefit from the extra profits they are making, they’re simply making more because the cost of living is increasing and their product is the driving force behind the economy.

The underlying fact is, though it will not solve the cost of living crisis, the anticipated £1b revenue can be used to help those most impacted by the increases in cost of living, which is on the verge of a crisis.

We use cookies on our website to give you the most relevant experience by remembering your preferences and repeat visits. By clicking “Accept”, you consent to the use of ALL the cookies.
Cookie settingsACCEPT
Manage consent

This website uses cookies to improve your experience while you navigate through the website. Out of these, the cookies that are categorized as necessary are stored on your browser as they are essential for the working of basic functionalities of the website. We also use third-party cookies that help us analyze and understand how you use this website. These cookies will be stored in your browser only with your consent. You also have the option to opt-out of these cookies. But opting out of some of these cookies may affect your browsing experience.
Necessary Always Enabled
Necessary cookies are absolutely essential for the website to function properly. This category only includes cookies that ensures basic functionalities and security features of the website. These cookies do not store any personal information.
Non-necessary
Any cookies that may not be particularly necessary for the website to function and is used specifically to collect user personal data via analytics, ads, other embedded contents are termed as non-necessary cookies. It is mandatory to procure user consent prior to running these cookies on your website.
SAVE & ACCEPT